Board of Directors: Wilbur Johnson 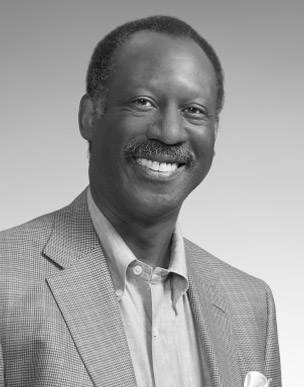 Wilbur E. Johnson is an attorney and Managing Partner of Young Clement Rivers, LLP, a law firm based in Charleston, South Carolina. In his role as Managing Partner, Mr. Johnson oversees the operations of the law firm, which includes forty-three partners and associates and approximately eighty-five other professional and support staff. In addition, Mr. Johnson maintains an active law practice, primarily in the areas of employment law and administrative and regulatory law.

Mr. Johnson is a graduate of the University of South Carolina School of Law and received a Bachelor of Arts from Augusta State University.

Mr. Johnson is a permanent member of the Fourth Circuit Judicial Conference and holds memberships in the Federation of Defense and Corporate Counsel, the International Association of Defense Counsel and the American Bar Foundation. He is listed in the “Best Lawyers in America” publication. He has also served as an Adjunct Professor at the Charleston School of Law.

Mr. Johnson is actively involved in civic and charitable affairs in the community. He serves as a Board member of several organizations, including the Roper Hospital Board of Trustees, the Historic Charleston Foundation, the Charleston Metro Chamber of Commerce, Chair of the Metro Chamber’s Port Development Task Force, the Carolina Youth Development Center, the Charleston County Greenbelt Advisory Board, the International African American Museum Board of Trustees and the Federal Reserve Richmond Bank.